* You will receive the latest news and updates on your favorite celebrities!

Home > Gym > 12 Tips To Prevent Injuries While Exercising (For Beginners)

12 Tips To Prevent Injuries While Exercising (For Beginners)


If you want to achieve an optimal fitness level or a defined physical goal you must do everything to avoid injuries. To do this, start by choosing the exercises you perform.

Some exercises, even the most classic, actually present risks of pain and injury that can erase the benefits you try to draw.

These aggressive movements for the body can indeed become real instruments of injury, especially if they are also made with excessive loads or incorrect technique of execution.

However, all exercises presented on this page do not have to be systematically banned from weight training programs. You simply have to adapt your program according to your level, your flexibility, your possible weaknesses, and especially according to your objectives.

That is why I have accompanied our list of exercises to avoid more suitable variants and implementation tips to continue to use them by reducing Zxcz risks. here tips to Avoid Injuries While Exercising.

Tips To Avoid Injuries While These 12 Risky Exercises:

1. The Neck draw at the high Pulley

Although this exercise is performed to work the back muscles, it is at the shoulders that it presents risks. The execution of the movement, with the hands apart and the palms facing forward, forces the shoulders to perform an external rotation and brings them to a position close to dislocation.

Naturally, with such a movement the elbows should bow. However, the execution of the neck print requires keeping them pointing down, which has the effect of bringing them behind the shoulders. This unnatural trajectory imposed on the elbows forces the shoulder joint to compensate and therefore to twist.

Unless it is extremely flexible, the risk of injury is high. In addition, the muscles of the rotator cuff are placed in a delicate and dangerous position where they can not properly perform their role of stabilizers of the joint.

Finally, the lack of flexibility forces the majority of practitioners to lean their heads forward, which adds to pain in the shoulders pain in the neck.

To avoid unnecessary stress on your shoulders and to prevent injuries, prefer chest pulling, tight pulling, or over-pronation pulls, which are more natural movements.

2. The pronation pulls behind the head

If you do your pronation tricks by raising the bar over your neck instead of over the chest, the same risks as those presented for the neck draw are incurred. The only difference being that instead of lowering the load down you pull your body upwards this time. It is therefore strongly recommended to avoid this movement!

Prefer its classic variant with the bar in front of the head, or pulling in neutral grip with the palms of the hands facing each other.

Whether performed sitting or standing this movement presents, like the two previous ones, high risk of injury. Any trajectory bringing a bar behind the head and over the neck makes the shoulders work in an unnatural angle.

Once again the practiced movement brings the elbows behind the shoulders, forced to make an external rotation which places them in a position of fragility, and prevents the rotator cuff from playing its role of stabilizing the articulation correctly. In the absence of great flexibility avoid this exercise not to hurt you or suffer from shoulder pain.

Prefer to sit or stand up with the barbell in front of or with dumbbells.

Whether done with a barbell or with dumbbells, this exercise can be dangerous for the shoulders, and especially for the rotator cuff.

The realized movement causes internal rotation of the shoulders. Such a gesture is not in itself harmful but becomes so when it comes to lifting a load. The joint is then subjected to significant stress which can eventually lead to an injury.

Add to the equation the delicate position in which the wrists and elbows are placed, and you get a particularly risky exercise.

Prefer frontal elevations with modest weights, or even developed sitting or standing with barbell or dumbbells.

Side elevations, with dumbbells or pulley, are also discouraged, especially for people who already have pain in the shoulders or being fragile at that level. The lateral movement that is carried out increases the risk of injury to the joints.

For those who wish to continue practicing side elevations you can significantly reduce the risk of injury during the exercising:

Despite its effectiveness in developing the pectorals and its immense success with practitioners, the bench press is not without risks for the joints of the shoulders and elbows.

The movement that is asked of the body is indeed not natural. Instinctively to push a load one would rather tend to bow forward, to help the legs, to place the elbows along the torso, or conversely to lean back to solicit more bottom of the pectorals (a portion of the most powerful muscle).

Be careful, we do not advise you to ban the bench press of your life, but simply to practice it properly and sparingly.

To achieve this, here are some tips to avoid injury while the exercising allow you to fully respect the technique of exercise and save your body:

Practice the bench press with moderate weights, favoring a perfect technique (control of the bar, vertical and diagonal movement), or with dumbbells. In case of pain, opt for the developed inclined and declined or the dips.

This exercise is deemed simple and safe. Yet the pec-deck can be responsible for injuries. The movement actually creates significant tension in the shoulder joint, and performed with too much resistance or improper technique, it can have the effect of a crease or tear your muscles.

So be sure to practice the exercise with proper weights, or limit the amplitude to prevent injury during exercise when using high weights. In case of pain, prefer the reclining with dumbbells, inclined pumps and bench press with dumbbells.

8 The bust statement – sit up

The bust statement, also known as a sit-up, is one of the most accessible bodybuilding movements and is therefore widely practiced. Yet this exercise is dangerous for the lower spine, especially when performed with the feet blocked.

In particular, he is responsible for many of the pains felt in the lumbar region (which is the opposite of the goal to be attained when working on his abs).

Like the crunch when it is performed in full flexion of the bust, the bust measurement suffers from a major disadvantage: the important intervention of the flexor muscles of the hip.

These decrease the work of the abdominals but come mainly to pull on the bottom of the column and compress the lumbar region.

The leg extension has the reputation of being a simple exercise, effective, accessible, but also without risk thanks to the sitting position at the machine. Relativism a little all this. The movement carried out at the leg extension actually places very important stress on the knees.

The explanation lies in the positioning of the load at the level of the shins, near the ankles. Our legs are not made to lift a load resting there, let alone sitting. When the load is high it creates a very strong tension on the ligaments and tendons of the knees.

For your safety, prefer squats, lunges and bench climbs.

This other exercise for the machine legs should be done with extreme caution or replaced, for reasons similar to the previous one.

On the one hand, the movement made there is not at all-natural. While it may have an impact on the aesthetic aspect of the legs, it is doubtful whether it can develop their strength in a useful way. It is quite unlikely that there is a sport involving pushing a load up with your legs back to the ground.

On the other hand, the thigh press puts excessive pressure on the lower back, which tends to sag under the load. The consequences can range from simple lumbar pains to more serious injuries.

What’s easier to tone the inner thighs than this machine? Unfortunately, this sitting position is not synonymous with no risk.

This machine movement is once again not at all-natural. Your adductors are not made to act alone but on the contrary to come to assist other muscles. Reinforcing them in this way is therefore of little practical interest.

Performed with excessive load or improper technique this movement is also likely to cause excessive pressure on the spine and groin. The risks are all the greater as with fatigue movements will tend to become jerky.

Prefer squat to one leg, or other exercises for adductors with bodyweight or elastics.

12 The squat on the guided bar

This exercise is said to have all the benefits of squat barre, without the inconvenience of having to bear a bar on the shoulders (let go of the bar, lose balance).

The problem is that the movement imposed by the guide is purely vertical and does not reproduce the path taken by the body when it is freely realized. The consequences are felt in the knees and lower back, which have to bear more pressure.

Prefer classic squats, with free bars or, to be more comfortable, with dumbbells. You can also achieve them simply with the weight of the body.

Choose carefully the exercises that you integrate into your program, not forgetting the impact they can have not only on your training but also on your health. Keep in mind a functional approach to bodybuilding.

If a movement performed in an exercise is painful or seems to give you no practical benefit, it is better to replace it. Stay tuned to your body no matter what exercise you do and always seek to adopt an impeccable execution technique.

For proper training, you can hire your own personal fitness trainer Gurcharan Singh by visiting here.

Best Back Exercises – Complete Guide for Building Bigger Back

Which Exercise Machine is Best for Losing Belly Fat?

Why Women Should Lift Weights – 6 Things You Need To Know 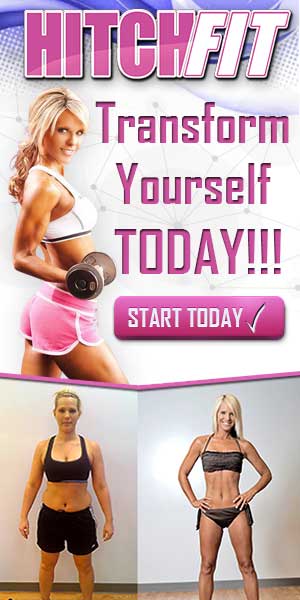 Which Exercise Machine is Best for Losing Belly Fat?